Posted on April 3, 2012 by One Billion Rising North Bay 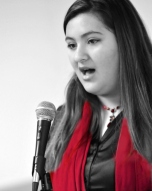 As V-Season 2012 begins to wind down, here in Petaluma it continues with a staged production of “A Memory, A Monologue, A Rant & A Prayer” brought to us by the students of Casa Grande High School for the third consecutive year.

Benefiting the Women & Girls of Haiti, Guided To Safety, and the Phoenix Teen Health Clinic.

Art in Activism!  Come out and support our youth as they raise awareness to end violence against women and girls!

About One Billion Rising North Bay

A grassroots movement to raise awareness to end violence against women and girls.
View all posts by One Billion Rising North Bay →
This entry was posted in A Memory, A Monologue, A Rant & A Prayer, Activism in Art, Casa Grande High School, Eve Ensler, Petaluma, V-Day, V-Day Petaluma, vagina, women. Bookmark the permalink.